The project in Asker (Solveien)​

What Asker municipality tells us about the project in Solveien
We needed to do something about the stormwater problem in this area after several repeated flooding incidents, regarding short-term, intensive rainfall.
The strategy in Asker municipality for this type of flooding problem is to avoid excavation as much as possible because of the high costs and the stress on the population. Alternative measures that we always consider for flooding problems are infiltration, containment and diversion floodway.
Called the 3-step strategy 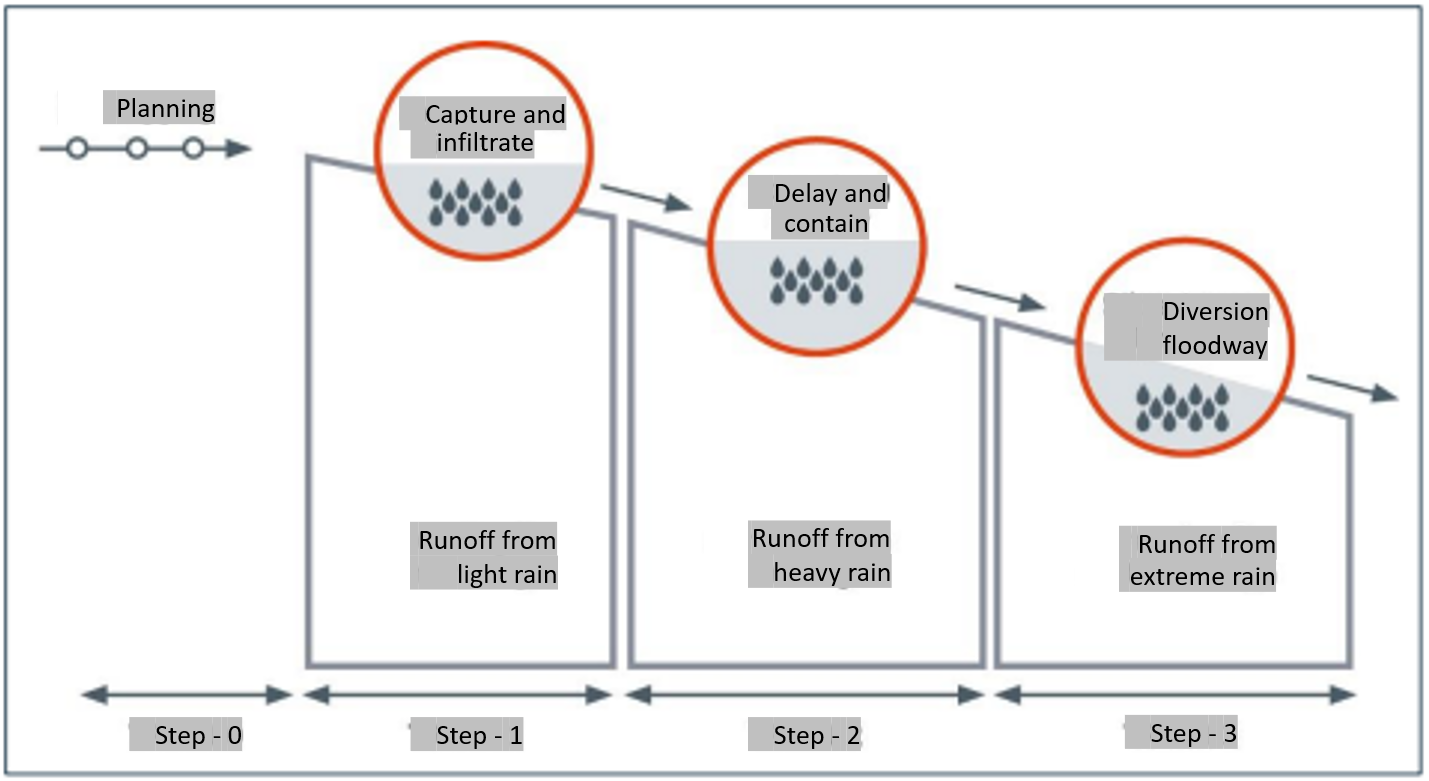 ​
​However, in this case, none of these three mentioned methods were suitable.
The remaining options were cracking, installing a pumping system, drilling or excavation. These measures would also be expensive and difficult for several reasons.
Challenges that we faced for the 400 meters of excavation included the following: the pipes are close together and are at the deepest about 5 meters down. The area is flat, and the pipes lie with very little fall in elevation. We were uncertain about the location of other underground utilities, such as, branch pipes, powerlines etc. In addition, the road is narrow there.
We like to proceed with these projects using great care, minimizing damage to existing facilities, and preventing surprises. Therefore, in advance of any work starting, investigations were carried out on the existing pipe system, using video analysis to map any obstacles and connections. We did capacity calculations and performed some flushing. Some educated guesses were also made.
We attach great importance to good security, which is achieved by using existing facilities to the greatest extent possible. It minimizes the likelihood of major surprises and injury to workers and damage to facilities.
Asker municipality was presented with the siphon system of Aiwell Water. Since Asker municipality works to be innovative and strives to be a SMART CITY, we became curious about this solution, and decided to implement Aiwell Water‘s siphonic system.
In collaboration with Aiwell Water, we concluded that it would be possible to reuse the existing pipe by pulling in a new PE 200 pressure pipe with an external dimension of Ø 200 mm into the existing Ø 300 pipe. In addition, we had to establish two new basins, as well as water meters and other monitoring systems. We demanded that we wanted no electronic controls, we only allowed monitoring of the plant’s parameters such as water volumes, pressure, temperature, etc. This was necessary because Aiwell Water wanted one of their employees to work on his PhD thesis in this project. Of course, we were very supportive of this.
If Asker municipality had used the general practice of excavation, it would have cost approx. NOK 25,000/m. This includes the cost of three separate systems: wastewater, water and storm water, which, in this case, would have been necessary.
The cost of Aiwell Water‘s siphonic system is in the order of NOK 8,750/m - no dig. In total, it amounted to a 65% savings. Additionally, it is a much faster implementation, resulting in far less inconvenience and trouble for the residents of the area.
We have also placed great emphasis on the environmental aspect. This project is far more environmentally friendly and sustainable than a traditional digging solution. Consider that we did not have to dig up and drive away truckloads of contaminated dirt full of asphalt and other environmental dangers. By not having to deliver truckloads of polluted dirt many kilometers away, we saved polluting the atmosphere with diesel. Furthermore, this is a narrow, school road, so we were concerned about the noise, safety and pollution for the children and other residents in the area. If we had had to dig up the entire 400 meters of pipeline, it would have taken so much longer and been a project that would have caused much stress on the local population. As it was, the road was only closed for a very short while. The large savings, a reduction in costs from NOK 10 Mil down to NOK 3.5 Mil also gives a good picture of reduced pollution and resulted in an environmentally friendly and sustainable project. We are very satisfied with this project and are already looking at other projects to cooperate with Aiwell Water on, concludes Marius Guldbrandsen the project manager for Asker municipality.

In 2017, we completed our first project with Drammen municipality, see a short film from the facility here:
Read more about the project in Drammen 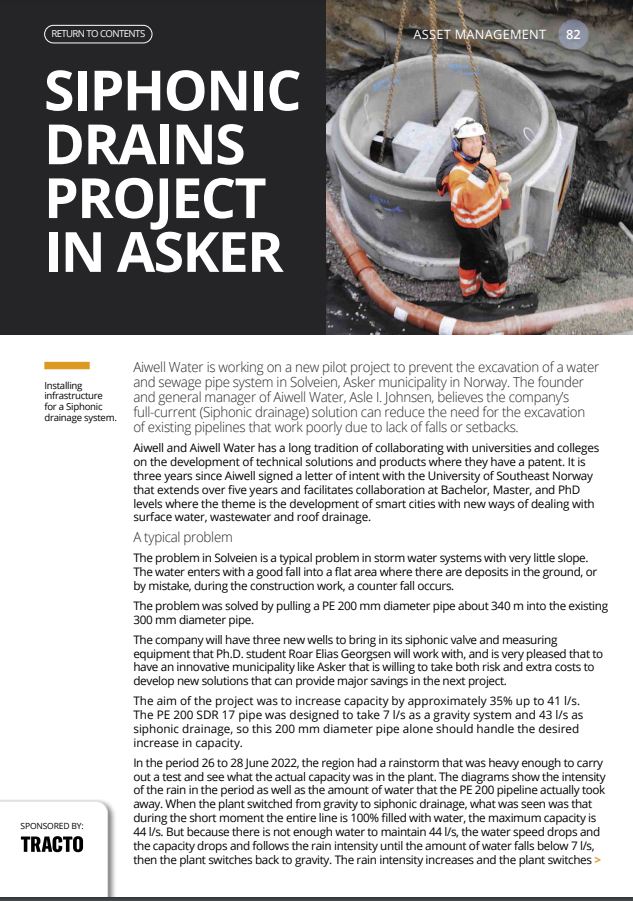